Excavations by Oxford Archaeology on the corner of Queen Street and St Aldates in the historic heart of Oxford in 2015 and 2016 shed light on the origins and development of the city.

The fieldwork and subsequent post-excavation analysis uncovered some of the earliest Anglo-Saxon structures in Oxford, aspects of life in and around the inns and taverns that existed near the site during the 17th and 18th centuries, and most remarkable of all, evidence relating to the medieval city's Jewish inhabitants.

Visit the site by scrolling through the gallery of images from the excavation below. 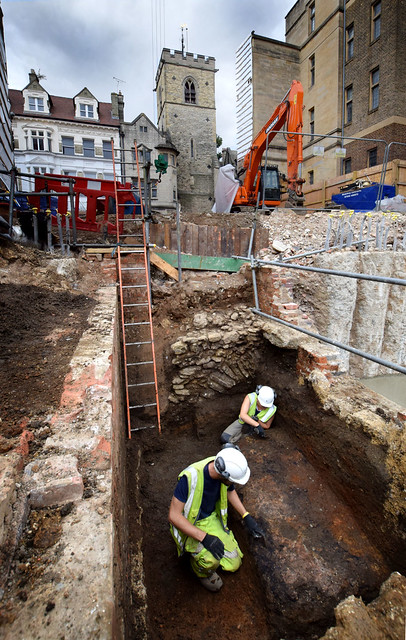